Nigeria’s youth unemployment, estimated at 40 million youths would soon drop as the Federal Government has short listed 300,000 youths for immediate training and engagement.

The youths, drawn from the 36 States of the federation were short listed from a total of 2.5 million who applied for the programme this year. The Senior Special Adviser to the Presidency on Jobs Creation and Youths Empowerment, Afolabi Imokhuede, who confirmed the development, said the youths would be attached to reputable organisations with capacity to train them in areas such as renewable energy, oil and gas, construction and agriculture.

According to him, the training would last for three months while attachment to organisations would last for about one year. He said that such organisations may grant some of them permanent employment, while others would have to form clusters to enable them offer professional services to operators in different sectors of the nation’s economy.

The management of Lagos Deep Offshore Logistics Base (LADOL) also disclosed that it would assist to train and build the capacity of youths in many areas, including oil and gas, fabrication and welding. The company disclosed this when the United State Trade and Development Agency (USTDA) its premises noted that has commended the Lagos Deep Offshore Logistics Base (LADOL) as a safe haven for investment and having great capacity for job creation in the African sub-region.

Investigations showed that the action of the government would go a long way towards complementing the efforts of the private sector to enhance capacity building and employment in the nation. It showed that many stakeholders have started to show interest in tackling the issues as a result of its negative impact on the nation’s economy. 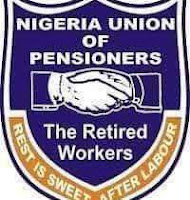