In as much as other may try to tag Big brother Nigeria (BBNaija) as an immoral show, the fact remains that majority of households still watch the TV reality show. You may even be surprise how most Nigerians stay glue to their TV set all the time in order not to miss any moment of the show.

Big Brother is a reality game show franchise created by John de MOI of Endemol, originally broadcast in the Netherlands and subsequently syndicated internationally. As of 11 November 2016, there have been 387 seasons of Big Brother in over 54 franchise countries and regions. This is the Third Big Brother Nigeria, the first airing in 2006 and the second in 2017.

The TV reality show is organized in such away that Housemates live together for a specified time in a specially constructed house that is isolated from the outside world. The Housemates vie to be the last person standing so that they can win the prizes Biggie has to offer. Housemates are closely monitored 24/7 on cameras through their various trials and tribulations, which is why Biggie's eye is used in the logo: he is always watching.

During their stay in big brother house within the three month which the show was suppose to last, housemate will be tested physically, mentally and relationship wise.

If there is any medium right now that  the electorates can be educated toward the 2019 Nigeria General Election is big brother Nigeria show because of its wide viewship. The organizers of the show  should set up a campaign or create a task for the housemate to perform gearing voters education. The Nigeria Government must not see the show as worthless but rather partner with them to create awareness for 2019 peaceful election now that the atmosphere is beginning to get heated and the election activities timetable is out.

However, NGOs or other Nigerian companies can always sponsor some of the activities in the house and setup voters education tasks for housemate to perform thereby educating Nigerians on how important peaceful election is to the development of the Nation.

Nancy React To NPower March Payment, Said Volunteers Message Will Get To Minister 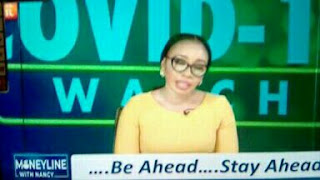