Statement By The Honourable Minister Of Information And Culture, Alhaji Lai Mohammed, At A Press Conference In Lagos On Friday, 30Th March 2018 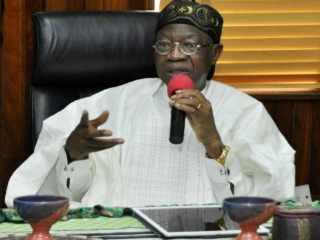 Yet they decided to grandstand. This shows the hollowness of their apology to Nigerians.

Let's just give them a teaser with this list:

This list is just a tip of the iceberg, and the PDP is aware of this. We did not make these cases up. Many of these cases are in court and the records are available.

Some of the people on this list are seeking to plea bargain, and that is a fact. We insist that Nigeria was looted blind under the watch of the PDP, and that the starting point in tendering an apology is for them to return the loot.

It's like a robber admitting to stealing your car and apologizing, but then saying he will keep the car anyway. It doesn't work that way.

The PDP is a hypocrite. And that reminds me of what English writer William Hazlitt said: ”The only vice that cannot be forgiven is hypocrisy. The repentance of a hypocrite is itself hypocrisy.”

We will not stop talking about the massive looting by the PDP. They brought Nigeria to this sorry pass. We are now looking around for
loans to build infrastructure, and they ask us not to talk about it.
we will talk about it.