I visited a friend in Kaduna NYSC Camp and was opportune to take a short video of youth corps members participating in Man O' War activities. Below is the short video upload on YouTube:

This remind me of my youth service days in Borno mardugri camp. Don't get it twisted at that time Boko haram were not functioning then and the town was peaceful.

Gen. Kazaure who was represented by Director, Legal Unit of the NYSC, Ahmed Tijani Ibrahim said the exercise will not be scrapped as it is optional to corps members.

He made the statement on his official visit to the NYSC Orientation Camp in Okada, Ovia North East Local Government Area of Edo state while reacting to death of Kwara corp member during Man’O’ war drills. 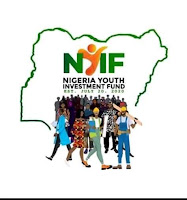