VP Osinbajo ’ found time earlier yesterday, while in transit between events in Lagos, to catch up on the Nigeria-Iceland match. He ensured he didn't miss the World Cup match between Nigeria and Iceland at the Volgograd Arena on Friday. 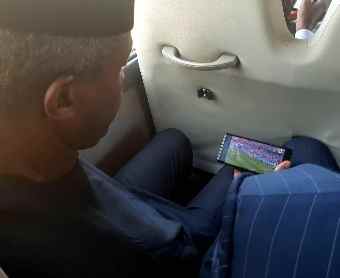 A brace from Ahmed Musa helped Nigeria to a 2-0 victory over Iceland.

Nigeria held on to the two-goal lead to accumulate three points from two games in the group. Super eagles are now second on the group D score table with 3 point and Croatia remains first with 6 point. Argentina and Iceland get 0ne point each from their first draw game.