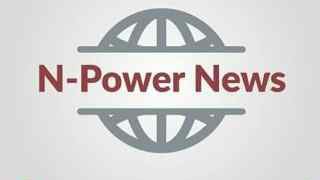 Drawbacks within the arena of educational sector in Bauchi state have been seriously in need of emergency intervention as a result of inadequate teachers in public schools, especially in rural areas before the enrolment of Npower volunteers. Schools especially in rural areas, have been bereft of teachers. It has been discovered that some schools only used to operate manageably with two or three teachers in such areas. With the engagement of Npower volunteers, the appalling situation has been lessened.

In addition, most of the public schools in Bauchi state have been highly overpopulated. That is why a single teacher used to mange a class comprising one hundred students who could not be manageable in reality. And this is totally contrary to the educational standard of the ratio of students per teacher in every class.

Similarly, as a result of inadequate teachers, a single teacher, used to handle three to four subjects in some schools especially in rural areas going round all the arm of classes therein. It is as result of the involvement of Npower volunteers this menacing problem becomes minimized.

Therefore, all factors leading to the downfall of education have to be nipped in the bud by any responsible government. Each and every child should not be deprived of gaining sound education as a result of inadequate teachers and unconducive atmosphere for learning. Steps should be promptly taken by this government to avoid anything that is capable of jeopardising the education of our children.

Surely, if Npower volunteers exit after the expiry of their duration in the end of this academic year, our students especially in rural areas will surely degenerate to the worst condition of learning backwardness. Some governments like plateau state foresaw this harbinger, that is why they quickly  declared the retention of their Npower volunteers. Why won't Bauchi state government follow the same track?