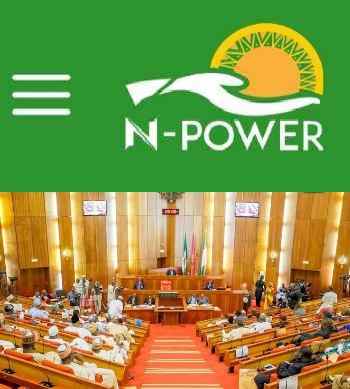 THE Senate Committee on Employment, Labour and Productivity have advised the Federal Government to collapse the popular Need for Power Empowerment Programme also known as N-Power under the National Directorate of Employment scheme (NDE).

Former Chairman of the Committee, Senator Suleiman Nazif (PDP Bauchi North) told the stakeholders in the Labour sector at a sitting held in the National Assembly that the decision to collapse the programme under NDE would make it more impactful.

The Senator said that for the Federal Government to succeed with the N-Power programme, the programme must be domiciled under the Ministry of Labour to be specifically driven by the National Directorate of Employment (NDE).

He stated that the NDE has the required platforms and structures across the 36 states of the federation and 774 local government council areas of the federation to carry out the empowerment programmes more effectively and impactfully.

He said: “Empowering Nigerians through social intervention programmes by any government is highly commendable but the required success of such a programme lies on anchoring them on solid structures which NDE has, and not elitist structures anchored on laptops being presently used.

"The Labour Ministry is the Ministry any serious government should focus attention on in developing the people through all the different agencies under it like the NDE, NSITF etc.

“The idea of coming up with empowerment or social intervention programmes without anchoring their implementation on solid existing structures built over the years has always been counterproductive and will continue to be so."

New Chairman of the Committee, Senator Abu Ibrahim (APC Katsina South) and the Chairman, Senate Committee on Ecology and Climate Change , Senator Bukkar Abba Ibrahim (APC Yobe East), who also supported the views of Senator Nazif, stated that for the intervention programmes of empowerment to be more visible, already visible agencies such as the NDE, should be empowered to drive it.

He, however, complained of inadequate funding by the Federal Government on yearly basis as the major problem bedevilling the operational capacity of the agency.

The Permanent Secretary, Ministry of Labour and Employment, Mrs lbukun Odusote, who represented the Minister, Dr Chris Ngige equally lamented what she called the very serious problem of paucity of funds bedevilling the Ministry.

The Committee, however, promised to pay key attention to the funding challenges in the 2019 budget.