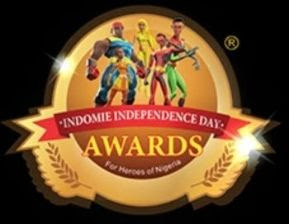 The Indomie Independent Day Award for Heroes of Nigeria is a Social Responsibility Initiative that seeks to identify, recognize, celebrate and reward the positive efforts, strong character and achievements of young children between the ages Of 0 -15years who have exhibited various acts Of bravery and heroism at one time or the other anywhere in Nigeria.

Indomie Independent Award is to encourage the acts of heroism in children who have made notable sacritices at great risk to themselves and those who have strived to survive despite the unfavourable conditions they found themselves and have pushed the limits of courage and performance to a new level.

PHYSICAL BRAVERY AWARD
The award category acknowledges kids (15 years and below) who at great personal risk. save lives or by their actions. prevent extensive damage to property or others.

SOCIAL BRAVERY AWARD
This award category celebrates kids who work against social evils such as child marriage. illiteracy and environmental concerns etc. in a sustained manner.

How to apply:
To apply for the IIDA, Candidates should:

Share This:
Related Posts:
Nigeria
at May 16, 2019
Email ThisBlogThis!Share to TwitterShare to FacebookShare to Pinterest
Labels: Heroes of Nigeria, Indomie award, Nigeria