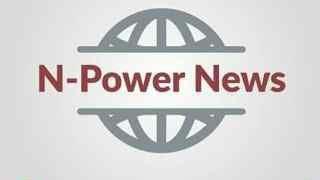 The Federal government has finally reveals Exit Package to the 2016 Npower Graduate Volunteers whose programme will end soon. According to the Presidency, 500,000 volunteers ready for community policing.

A total of 500,000 volunteers from across the 774 local government areas of the country and the Federal Capital Territory (FCT) are being prepared for the community policing programme, the presidency said. This followed the proposal of the federal government and the 36 state governors to recruit the NPower volunteers for the community policing to tackle the shortage of manpower in the police.

The Chairman of the Nigeria Governors' Forum (NGF) and Ekiti State governor, Kayode Fayemi, had after a meeting with President Muhammadu Buhari penultimate Friday, said plans are on to use N-power beneficiaries to kick-start community policing in the country.

Speaking on the community policing, the Senior Special Assistant to the president on job creation and youth employment, Mr. Afolabi Imoukhuede, said they have supplied data to the NSF and the Inspector General of Police, Mohammed Adamu, on the volunteers.

He said two batches of the N-Power programme, numbering 500,000 scattered across the 774 local government areas of the country are ready for community policing. 'We are working with the governors because we have supplied the data to them and to the IG of police.

"We know the security challenges we have and we also know the challenges and limitations of the Nigeria Police Force, we know that they wanted to recruit another 10,000 but the governors felt as Chief Security Officers (CSOs) of their states, 10,000 in the whole of Nigeria is small and how many are you going to give every state?.

READ ALSO: Breakdown Of Npower Volunteers Across The 36 States