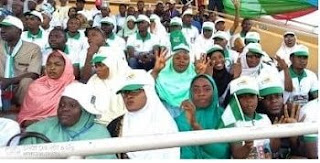 According to them, now is the time to take action! We have started an online protest on Twitter and Lend credence to this protest by expressing our dissatisfaction at the lackluster attitude of N-Power by using the hashtag #NpowerPayOurOctoberStipend.

The further said if Senators can be paid their bogus allowance and monthly salaries on time, why is it so difficult to pay graduates 30k? We stop praying and waiting on them to pay whenever they feel like, we call them to order to pay at the right time.

The N-Power stipends payment that usually comes at the end every month or first week into the following month took a turn as payment of October stipends is yet to be paid even as the month of November is about rounding up.

However, information circulating on social media reveals that delay of October stipends was as a result of change in management from the VP Office to the new ministry of humanitarian affairs.