N-Power Set 2020 As New Date To Recruit Fresh Graduate And Non Graduate Volunteers. According to the SSA to the President on job creation Barrister Ismaeel Ahmed, the next Npower recruitment will be done by 2020. 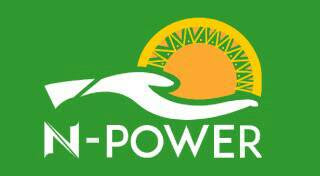 The Federal Government of Nigeria designed the N-Power Program to help young Nigerians acquire and develop life-long skills to become solution providers in their communities. Over the past three years, N-power has recruited more than 500.000 thousand Nigerian graduate and undergraduates in its programme.

N-power recruited over 200,000.00 Nigerians in its 2016-2017 session and up to 300.000.00 Nigerians in the subsequent year. N-power is a two years duration Programme, but its first batch has spent close to three years in the programme thus preventing new intake.

According to the N-Power team, the first batch must first be disengaged before a new recruitment will be done. However, in a bid to disengage the first batch of N-power volunteers, the team came up with a transition survey to help further map N-Power Batch of (2016-2017) beneficiaries to available prospective economic opportunities and to improve specialized training to matched opportunities before they are exited from the programme.

In a recent interview of Barrister Ismaeel Ahmad, the SSA to President on job creation conducted by Legit in Hausa language which has gone viral on social media, he said that the first batch of Npower beneficiaries must be exited before a new recruitment can be done. As we budgeted in year 2020 budget we will recruit another N-power batch As we budgeted in year 2020 budget. But this is impossible unless the pioneer (2016) beneficiaries exited then we can bring new ones.

So their fate is that we hope they will be self reliant by then and some of them could have secured a job God grace. We don't want any one of them to consistently rely on N30,000 for life. We want them to go beyond that, to progress and some of them already employed God grace.