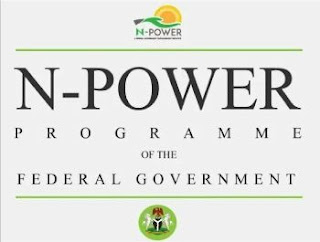 Read the report according to the Leadership below:

After three years of their recruitment into the N-Power Scheme, the federal government is set to exit 200,000 of the beneficiaries from the programme. Their disengagement will take place between January and February this year, LEADERSHIP has learnt.

Some officials of the National Social Investment Office (NSIO) and the Federal Ministry of Humanitarian Affairs, Disaster Management and Social Development, operators of the scheme confirmed the development in Abuja, yesterday. They said that the 200,000 persons to go were among 500,000 young Nigerians recruited by the federal government for the N-Power programme 10 2016. It was gathered that they were being dropped from the scheme because there was no budgetary provision for them in the 2020 national budget.

The youth empowerment programme was created by the federal government with a focus on large -scale skill development for employment and social development. The beneficiaries were recruited in two batches: Batch A: 200,000 and Batch B: 300,000 in 2016 and 2017 respectively.

A top official of NSIO told LEADERSHIP that the time had come for the affected 200,000 beneficiaries to go, as he repeatedly said: “But they must go. They have to go. Government cannot sustain it. Government has to graduate some so that they can enroll other people too."

The source said that the management of NSIO had already prepared an exit plan for the exiting beneficiaries after spending 16 extra months for the two year programme. They were reportedly paid nine months of the extra time. It was further gathered that the exit plan is currently waiting the approval of the minister of Finance, Budget and National Planning, Zainab Ahmed.

Also a source in the presidency explained that the first batch of 200,000 were supposed to leave the internship scheme before now, adding that they were left on the payroll because of the 2019 general elections because that was not the right time to disengage them. “Their exit time fell on 2018 which was election period. So, it will not be wise for the government to be sacking 200,000 people on the eve of the general elections. Politically, it's not wise. That's why the programme stretched till this time. They have even stayed nine months extra on the payroll.

The truth is that they don't even have allocation for them in the 2020 budget and because of that, they will not be paid. They will exit them this January or so.“ the source said.

The beneficiaries were to have graduated from the N-Power after two years of internship but they stayed longer for another 16 months on the government's payroll. he said.

Disengagement Plans: Commenting on the disengagement plan for the Batch A members, the source explained that the federal government is looking for a soft-landing for them, adding that the aim was to ensure that the were not pushed into the labour market without any empowerment.

Part of the plan, according to him, is to allow the participants access to loans of between N30,000 and N100,000 to start up small and medium scale businesses.

The source added that federal government officials were already meeting with the state governments that benefited from the N-Power Agro, N-Power Health, N-Power Teach, N-Power Community Education, and NPower Health workers to absorb or engage those that had been productive. It was also learnt that the government plans to liaise with private sector employers and other public institutions such as the Nigeria Security and Civil Defence corps (NSCDC), Nigeria Immigration Service (NIS) and the police to absorb some of them since they had acquired about three years' experience in various areas.

Another source disclosed that the government plans to enlist some of them into the Government Enterprise Empowerment Programme (GEEP) being run by the Bank of Industry (BOI) to give them loan facilities to own small enterprises, adding that the government has budget for GEEP in 2020. 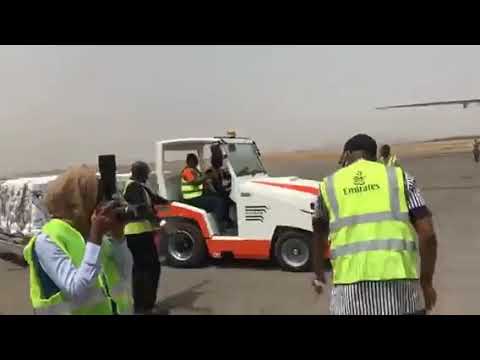