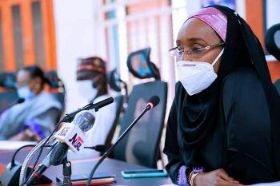 On Friday Aug 8, 2020 I held a robust & interactive session with members of the Nigerian Union of Journalists. I thanked them for being worthy partners in the work we do #FMHDSD. I also reminded them about the critical role of the media in disseminating accurate information.

My wish at the end of the interaction was that the meeting will strengthen the cordial relationships that already exist while creating a seamless avenue for interfacing between the media, my office and #FMHDSD.

On Wednesday August 5, I attended the virtual Federal Executive Council (FEC) meeting which was presided over by the President HE Muhammadu Buhari. Urgent matters of state were deliberated upon with key decisions taken.

With the rains intensifying NEMA has sent out early warning signals to help us prepare for and mitigate the effect of flooding. The Frontline States and LGAs are advised to sensitise vulnerable communities in preparation for safe evacuation in the event of flooding.

Based on the Seasonal Rainfall Prediction (SRP) 8. Annual Flood Outlook (AFO) released by the Nigeria Hydrological Services Agency (NIHSA) in June, #NEMA has warned of imminent flood in 102 LGAs across 28 states during this year's rainy season putting over 500 communities at risk.

On Thursday we bid farewell to Mr Jalal Arabi immediate past Permanent Secretary #FMHDSD as he retires after decades of impeccable service to the FGM. Arabi, our 3rd P8 in under one year was a committed team player and stabilising factor. He will be missed. 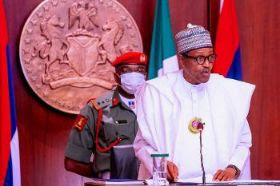