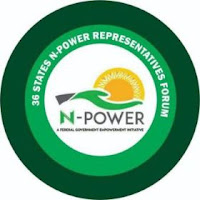 The Npower 36 States And FCT Representatives have released 4 New demands called NEXIT A Delay Strategy by the Ministry of Humanitarian affairs.

Read Details of the 36 States and FCT Npower reps statement below:

The Press released on Friday, 27th November, 2020 by the Federal Ministry of Humanitarian Affairs is another delay tactics just like the Transition form we filled earlier.

No NEXIT portal has been created as claimed by the Ministry. What is now the importance of the TRANSITION FORM the Ministry asked volunteers to fill earlier? They are just trying to buy more time and they don't have meaningful plan for us.

Even the CBN program was not explained and they purposely announced the abstract NEXIT Portal so that we won't embark on National protest in December. We say NO to another delay tactics from the Federal Ministry of Humanitarian Affairs.

READ ALSO: What Sadiya Farouq Said About Npower NEXIT Portal, Others In Her Weekly Review

We nave decided to embark on National Peaceful Protest across all the 36 States and FCT in December which will be announced officially through a Facebook Live Chat on our official Facebook page and to explain how it will go.

BELOW IS OUR REQUEST:

1. The 36 States and FCT N-Power Representatives request that they be brought and shown the template of the purported Transition.

2. The Transition ( whether absorption into Government agencies or meaningful grants (600,000 or above for entrepreneurship) must be ready.

3. Payments of over 14, 000 Unpaid Volunteers from the Month of March to July, 2020 must begin immediately as all documents needed for this has been supplied by the volunteers 2 months ago.

4. All Batch B devices and some batch A devices must be delivered immediately as this forms part of the agreement of engagement.

Nothing short of the above request will be accepted, they concluded.