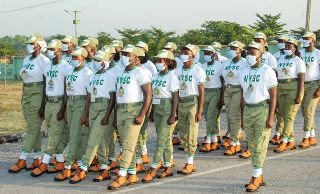 The winners who went away with a total sum of Six Million, Five Hundred Thousand Naira cash prizes were among the ten (10) finalists earlier selected out of over 20, 000 entrants for the competition.

The competition essentially aims at promoting agro-entrepreneurial training, where Corps Members who emerge victorious from the competitive process, undergo training and mentoring in big farm establishments and are empowered with money, land, agricultural inputs and services.

She stated further that BATNF has contributed immensely to Nigeria's sustainable development agenda, especially in the area of poverty reduction and improvement in the quality of life of Nigerians living in the rural areas.

She stated that as a participant in the Scheme, the Corps had prepared her adequately for the role she is playing today in the Foundation.

In his keynote address at the virtual Pitch Ceremony, the NYSC Director General, Brigadier General Shuaibu Ibrahim acknowledged the relevance of the initiative by BATNF which inspires youth productivity and self employment, through agriculture.

He pledged the commitment of the NYSC to collaborate and nurture the initiative to optimal growth and sustainability.

Highpoint of the occasion was the presentation of Three Million Naira to the overall winner of the competition; Chiamaka Mary Ikechukwu promoter of NuceoAgro Services, and Two Million Naira to Augustine Nwafor - Custonus Automative who emerged 2nd Position in contest. Juwon Ibitomi went away with One Million Naira as 3rd place cash prize, while John Eduga who emerged 4th Position won the Special Award category sponsored by Mr. Steve Okeleji; one of the five (5) Judges of the competition. He went home with the sum of Five Hundred Thousand Naira.