Home Romans Guest Post: My Encounter With A Strange Girl (Lesson For Guys To Learn)

Guest Post: My Encounter With A Strange Girl (Lesson For Guys To Learn) 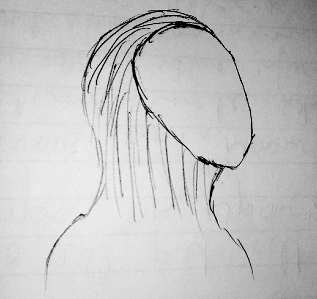 Guys this article is specifically written for you to learn from my experience. Few days ago, on Wednesday Morning precisely an unknown young girl visited me physically without prior notice.

This event happen in the morning when I was getting ready for work around 8am. So I heard a door knock and I went to answer the person knocking at my door, behold it was a strange girl that I have never seen before but she insisted that she knew me which I don't believe.

At first, I thought she was looking for  my sister but she said it was me she came to see. So I began to assume in my mind ( is she a spirit send to me in form of a woman?) Don't blame me though, it's a normal  African man assumptions which occur in such circumstances.

So I lead her out of the gate and began to question her even though I was skeptical about her human status. I ask her did she know me? She said yes that let her escort her sister she will come back! (What! comeback where? my inner thought). So I said I don't know her and I asked where she reside and she called the name of her street which I perfectly recalled that where she stay is far from my location.

To cut the long story short, I letter assumed that maybe that is what she does, the type of girls that move around for fast game (if you know what I mean) she thought I am a wayward type of guys who jump into anything they see in skirt not knowing that I am not into that.

Guys be careful, some girls are not smiling and will do anything to get what the want. So be principle. (The girl is young and pretty though)