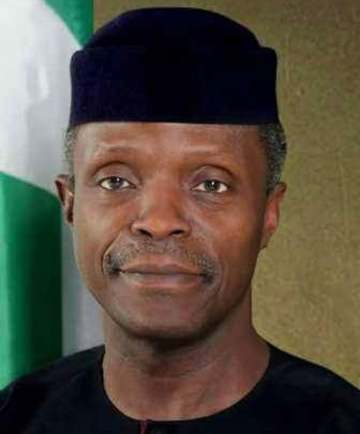 I came across this amazing and motivational article shared by VP Yemi Osinbajo and I thought it will be  lovely to share. Reading this post really showed me how putting more effort to what ever job we do matters so much. You might never know who is watching how hard you work everyday and might recommend you for better offer when the need arise just like the junior typist elevated by VP Osinbajo. Read the motivational post below.

" While I was teaching at the University of Lagos, as a young lecturer, in the department of Public Law in the Faculty of Law, there were 3 typists in the department. The chief typist, senior typist, and the junior typist. Because in those days before laptops and personal computers, typists in universities had to do a lot of work and they were very important because you always needed to type all your materials.

When there was work to do, what I discovered was that the chief typist would disappear. He works only till 4 pm. The senior typist would be nowhere to be found. But a gentleman called Adereni the junior typist, who only had his school certificate, was remarkably hardworking. Sometimes I would drop him off at his home at 1am.

Years after I was working as an adviser to the then Attorney-General of the Federation Hon. Bola Ajibola, who later became a judge of the World Court. While in the court at The Hague, in the Netherlands, one day he called me and asked if I could recommend a good secretary who is hard working and could do long judgments. I had three options, chief typist, senior or this junior typist, but the junior typist at a time had only school certificate, he didn't have any other qualification but I choose him. He got to the Hague, and typically worked hard and diligently. Every judge in the court wanted him to work with them. He later moved his family over to the Hague and got degrees and made a good living for himself. One day he remembered me and actually sent me a car. "