I thought it will be nice to share this post because there is lesson to  learn from it. Read the detail article below and don't forget to share. 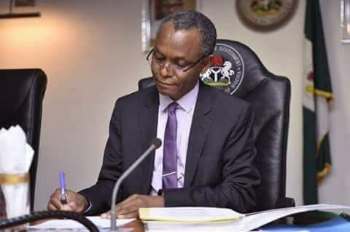 There is this guy in Kaduna, who has been going round media houses and abusing the government of Mal. Nasir El-Rufai that they are doing unjust and are running a corrupt government.

The governor now asked his aides to look for the telephone number of this guy, who goes by the name Jarfa. So, the governor called him and ask him to come to the government house, using Keke NAPEP and added that he had already informed the security at the gate .

When he arrived, the governor welcomed him and gave him N200,000 to give to the Keke man and come back. He went out and gave the Keke man N2,000. On coming back, Mallam El-Rufai asked

whether he had settled the Keke man, and he said, yes.

For those of you that know the Kaduna government house, it has two gates. The governor asked the security men to send back the Keke man. When he came over, the governor asked him if this man (Jarfa) had settled him, and he answered yes,). He further asked him, "how much did he give you"? "N2,000" he answered.

The governor now told him, "you see yourself from N200,000 to N2,000; you pocketed N198,000, only you! For that reason, if given the chance you will make Kaduna bankrupt but Allah knows best. You have lost a brand new car, see the key here;;;l was thinking you were an honest person, but your own is even worse. You can leave now!"

Since then, no one knows his whereabouts as his voice has disappeared from the airwaves!