What N-power Beneficiaries Are Saying About The FG Enhanced Scheme

Since N-power announced the enhancement big plan, the October good news for the 2016 beneficiaries on the 18th of October, 2018, many volunteers has been reacting differently on Facebook and twitter. While Some thought the enhancement scheme is a good development, others thinks the scheme is a political Garmin.

The 2016 N-power beneficiaries 2 years contract was supposed to expire by November/December 2018. However, the Federal government realized that instead to let the trained volunteers go back to the street, they rather proceed into an enhancement scheme and continue to give their service and earn their monthly stipends.

The benefit of this enhancement scheme compare to the permanency is what the volunteers are talking about. Below is how N-power beneficiaries are reacting on twitter: 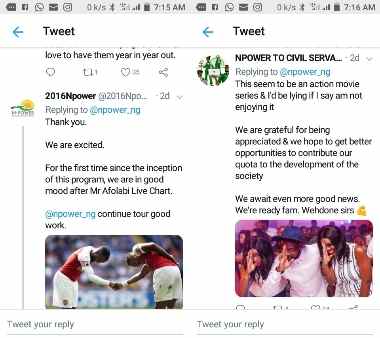 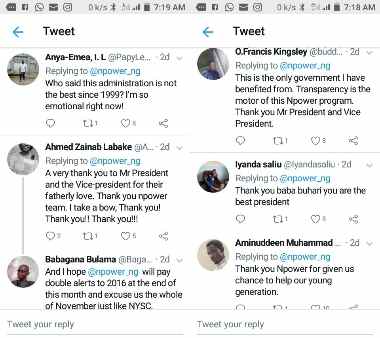 Below is how N-power beneficiaries are reacting on Facebook: 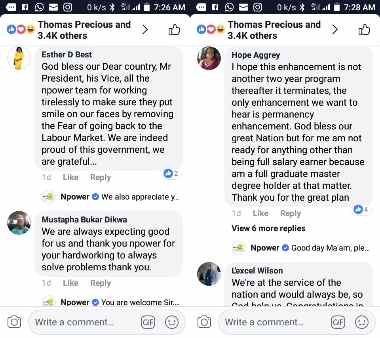 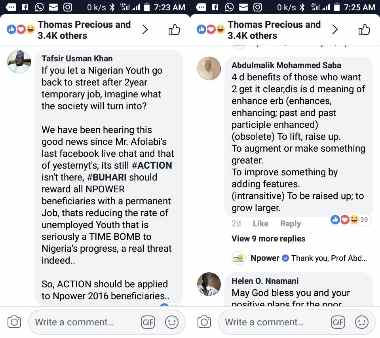 Most of the beneficiaries are grateful and excited about the enhancement plan by the Federal government.

Airtel Nigeria Is Recruiting In The Following Positions