The present Governor of Ekiti State Fayemi has reverses the recruitment of new workers into the civil service by the immediate past administration of Mr Ayo Fayose for lack of due process.

According to the State Government, the officers reinstated into the local government service commission between October 16 2014 and October 15 2018 are to be reabsorbed by the relevant personnel boards and migrated to biometric pay roll with immediate infect. All 272 officers employed by Governor Fayose's led administration who are still on manual pay roll shall be considered for absorption into the civil service, but on a case by case bases.

Absorption will be conducted on the availability of vacancies, says the Government.

Share This:
Related Posts:
News
at May 16, 2019
Email ThisBlogThis!Share to TwitterShare to FacebookShare to Pinterest
Labels: Ekiti State Employment, News 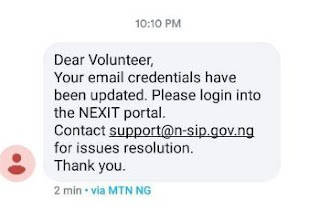