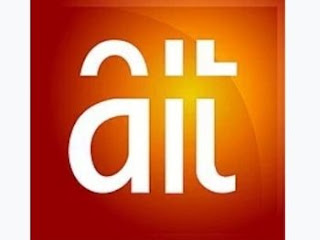 The indefinite suspension, shutdown of AIT and Raypower by the NBC on June 6th 2019 will cause many people to loss their job. Earlier this morning, many people tried to tune to AIT on cable channels and this pop-up: "The channel that you are trying to watch is not running at this time press "i” on your remote control to see when the next program will start. It might also be that this channel is reserved for future use. 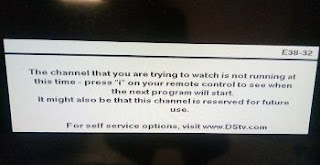 According to Nigeria Broadcasting Corporation, The decision for suspending the daar communications plc owners of AIT and raypower is based on the provisions of Section 10 of the Third Schedule of the NBC Act Cap N11 Laws of the Federation of Nigeria, 2004, which states as follows:

(d) where in the opinion of the Commission the station has been used in a manner detrimental to national interest.

(i), where there is violation of or failure to observe any cease and desist order issued by the Commission;

(k), where a provision of the Nigeria Broadcasting Code has been seriously breached; and the SHUT DOWN order is until further notice.

The programmes exclusively on AIT which has universal appeal and have impacted remarkably on the lives of the citizens of Nigeria particularly and the entire human race which is the constituency of the station are:
News, Current affairs, public enlightenment, business, musicals, sports, women/children, magazine/talk, soap opera/series (uniquely AIT), culrural, tourism.

AIT is no doubt the second most reached TV station in Nigeria with their stations cut across most State.