Jerry Mallo a Nigerian youth from Jos Plateau State build a sport car months after winning the national award as MSME of the year 2018. He was presented with a car and N1 million by Vice President Yemi Osinbajo as the MSME Awards grand winner of the year 2018.

This Automobile was designed and coupled by this young man. He is a creative genius with intelligence in machine designs. He once build a tractor. He always scouted for scraps with which to build things, he turned the store in his parent house into a junkyard which he called his workshop.

Nigerian youths are rising for good with their creativity, they just need support to bring out the genius in them. 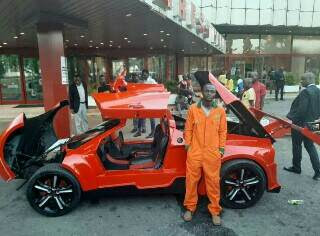 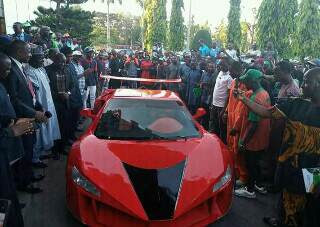 Earlier today vanguard shared an update about another student that made airplane whose video went viral in United State which earn him a scholarship into the United State of America.