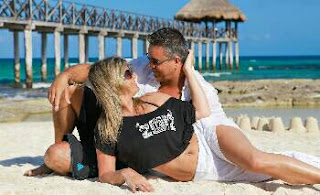 The questions "What is the effect of having sex with my wife in her monthly cycle?" and "Can one get pregnant at this time?" has been asked so many time. Today we came across a similar question asked by someone and answered by Doctor Ketch so we decided to share it on our blog.

According to Doc. Ketch, having sexual intercourse during a lady's menstrual period does not make a man impotent, neither does it kill vital organs in his body. Contrary to all the stories you have probably heard. However, it is obviously messy and it is easy to contract Sexually Transmitted Infections at this time.

Can one get pregnant at this time? Unlikely but not impossible. It depends on the length of a woman's cycle. If she has a short cycle, she could be seeing her period a few days away from her ovulation. Thus, if she has sexual intercourse, perhaps towards the end of her period, the sperm, which can stay 'alive’ for days after sexual intercourse, are still available to fertilize the eggs released during ovulation.

If in your case, you're sure that you ovulate during your period, then I end by saying, 'having sexual intercourse during menstruation is NOT a means of contraception’