No Exit Yet, NPower Volunteers Need To Acquire More Training - Minister Of Labour

MINISTER of Labour and Employment, Dr. Chris Ngige has disclosed that the N-POWER programme has not been jettisoned by the federal government as being speculated.  Ngige while dismissing rumors making the rounds that the Federal Government has abandoned the programme, said that what was going on was repackaging the programme, nothing that in the process amendments in the programme could occur in some areas.

Ngige gave the clarification in Enugu when he visited N-POWER trainees at Anamco And Tetralog Mechatronics companies, during the weekend.

He expressed satisfaction with the trainees and advised them to form Cooperatives to enable them access loans. Ngige stressed that the N-Power Programme was one of the Social Investment programmes of the Federal Government that cannot be abandoned midway.

According to him, with Cooperatives, the N-POWER graduating Trainees can access loans from Federal Government agencies such as the National Directorate of Employment, Industrial Training Fund and Bank of Industry.

He further disclosed that NDE and ITF also have empowerment programmes for graduates like starter packs, which he said could enable them use their hands to employ themselves and even become employers of labour. Chief Executive Officer of Tetralog Mechatronics Company, Engr Onuorah Nnabugo, said though some of the N-POWER trainees may claim that they have acquired enough training to start on their own. there was need for them to acquire more training to make them better.

“Training is constant thing and everybody needs training and you will continue to be trained,” he stated. 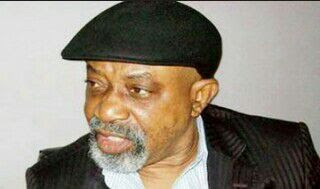