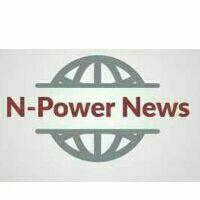 According to Vanguard, some lecturers of tertiary institutions and workers in the federal and state ministries, departments, and agencies were among the beneficiaries in the federal government’s batches A and B N-Power scheme, expected to end this month, Vanguard has learnt.

The programs intended to assist young jobless school leavers to get stipends to eke a living was taken advantage of by some people already working in good establishments due to the country’s porous employment data system.

Those who took advantage of this situation swindled the government by benefiting in the programme either for two or three years depending on the batch they were engaged in.

The development was even as the government implemented the Integrated Personnel and Payroll Information System, IPPIS, in a bid to checkmate some corrupt practices associated with recruitment and payment of workers in the country.

However, an investigation by Vanguard revealed that while some beneficiaries enrolled deliberately, given the porous employment data system in the country, some were employed after they enrolled in the scheme.

Since they got jobs after their enrollment in the scheme, they continued as beneficiaries, “a source told Vanguard.

A beneficiary who is equally a cousin to one of the lecturers that benefited in the federal government’s intervention programme said the lecturer secured the job shortly after his engagement in the scheme.

The source said she was aware of two lecturers at the University of Calabar who benefited from Batch A of the scheme but said they got the teaching jobs shortly after their enrollment.

It was gathered that the situation was the same across the country.

Recall that the federal government, last Thursday, admitted that there was fraud in the N-Power scheme, accusing some beneficiaries of enrolling even while they were already engaged in some MDAs.

The discovery of the fraud, according to the government, had led it to suspend payment to 14,020 beneficiaries. It, however, said it was working on those affected with a view to identifying genuine and eligible beneficiaries, promising to rectify it and pay deserving ones soon.

The Ministry of Humanitarian Affairs, Disaster Management, and Social Development, in a statement through its Deputy Director, Press, Rhoda Iliya, reacted following complaints lodged by some beneficiaries who claimed they did not receive their payments running up to four months before the end of the just-concluded batches.

“The Honourable Minister, Sadiya Umar Farouq, regrets any inconvenience this might have caused genuine and eligible beneficiaries just as the Office of the Accountant General, saddled with the responsibility of the filtering out those denied is working assiduously to remedy the situation,” the statement said.

The statement added:” For the records, the Ministry wishes to state that it had always processed, approved and remit necessary information for payments to the Office of the Accountant-General of the Federation, OAGF, whose responsibility it is to credit the various accounts of the beneficiaries using the Government Integrated Financial and Management Information System, GIFMIS platform as directed by the Federal Government of Nigeria.

“However, after receiving a complaint of non-payment by some beneficiaries who did same through the ministry, the OAGF (GIFMIS) officially wrote informing the ministry that out of a total of 516,600 N-Power beneficiaries data sent to OAGF for migration in April 2020, only a total of 502,580 data have successfully migrated to the GIFMIS platform, while a total of 14,020 beneficiaries were returned because the beneficiaries’ account details already exist in other MDAs, which is against the established rule of the N-Power programme. This is verifiable.

“The Honourable Minister, Sadiya Umar Farouq, regrets any inconvenience this might have caused genuine and eligible beneficiaries just as the OAGF saddled with the responsibility of the filtering out those denied is working assiduously to remedy the situation.” 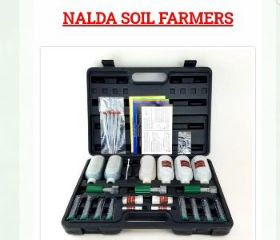