In a swift follow up to the courtesy visit by the HM of Federal Ministry of Communications and Digital Economy, Dr. Isa Ali Pantami alongside DG, NITDA Nigeria, Kashifu Inuwa Abdullahi paid to the Gover of Kaduna, Nasir Ahmad El-rufai last Saturday, the Agency and the state government have begun a process of training 75,000 people from the state in various aspect of Information Technology in order to enhance the human capital development in the state. 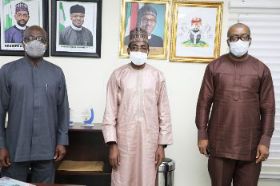 In a meeting today with the officials of the state government led by the Commissioner for Ministry of Business, Innovation and Technology Mr. Idris Nyam and Gerald Ilukwe, the Director-General, NITDA Nigeria, Kashifu Inuwa observed that the training could be held in two folds in order to accommodate the people.

He suggested that the e-Government Training facility donated to Nigeria by the Korea government could be used to train some people, while others could be trained through the NITDA Nigeria Academy. He added that the Agency would provide the logistics needed for the training. "Building the capacity of our people should be seen as a requirement for us to enhance our drive towards the digital economy. I think is what we can explore. We will want you to identify specialized skills you want to build and we would provide you with logistics,” he said.

The BS recalled that the Minister has sent in the request letter of the state government and it has been responded to accordingly. "From our end, we are ready. if you send your request, we will engage our consultancy to see what we can do in line with our mandates."

The Commissioner in his remarks stated that there is a need for Federal Agencies to partner with the State Governments especially in the provision of intervention projects.

He added that there is political will in Kaduna state to build the ICT ecosystem, noting that the state feels that if such a partnership is successful, it becomes a win-win situation for both the State and the Agency.

He identified the sectors such as education, health and e-government, social service development, and human capital development as sectors they would want the Agency to intervene.

Latest Update For NYIF Applicants - A Must Read 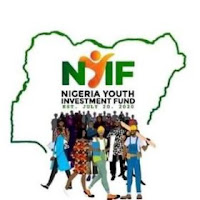