On today's latest Npower news: N-Power Volunteers Called on Federal Government to call them Back/ place them again Or Pay them N500b as Exit Package. 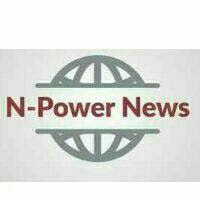 The N-Power Youth Congress (N-PYC) has demanded reinstatement of the disengaged 500,000 beneficiaries across the country and the N500b paid to them as exit package.

N-PYC’s National Coordinator, Joseph Enan Maigari, made the request at a media briefing in Maiduguri, Borno State at the weekend, saying: “This is the third briefing on the matter, yet, the Federal Government has refused to listen to our demands.”

He said if the Federal Government could not absorb the disengaged beneficiaries, it should pay N500b grant to the 500,000 youths as exit package.

Read the full remarks from the press conference here: Npower Transition - Volunteers Reminds FG In A Press Conference In Maiduguri. The Exited Npower beneficiaries were disturbed that President Buhari did not mention their situation in EndSars address given few days ago.