The Honourable Minister of Finance, Budget and National Planning, Mrs. Zainab Ahmed has said that the Federal Government has created a N75 billion entrepreneurship support fund, to enable youth in the country to grow their businesses and be economically independent. She made the disclosure in an interview with newsmen after a meeting with Kaduna State Acting Governor, Dr Hadiza Balarabe, on Saturday in Kaduna.

According to her, N25 billion will be released over three years starting from 2021. She explained that the fund would support the youth to actualize their innovative and entrepreneurial ideas, and to help them to be productive and employers of labour.

Explaining further on why she was in kaduna to meet the Acting Governor, Ahmed said it was in response to the directive of President Muhammadu Buhari for all ministers to return to their states and get inputs on best ways to empower the youths in each state.

“We came to meet the Government of Kaduna State to discuss the issue of the protest that has been happening around us, specifically the EndSARS protest. We are happy to report that the state has already prepared an excellent report on all the plans and efforts they have undertaken to manage the protests"

According to the Honourable Minister, "we have also come to understand the challenges that they have and how best to support them,” she said.

Also in attendance at the meeting, was the Honourable Minister of Environment, Dr Muhammad Mahmud. Dr. Mahmoud, noted that the state government had kept a chronicle of events from the very first day of the protest, adding that the delegation was very impressed.

In her welcome address, the acting governor, Dr. Hadiza Balarabe conveyed the appreciation of the state government for the visit by the two ministers thanked the people of the state for remaining peaceful during the protest.

“I think in Kaduna we have our own fair share of crisis and we know enough what it is and how quickly it can degenerate. We were conscious on the way we handled the protest in the state and | think that was one thing that played out for us.

“I pray that we continue to have that kind of understanding; whatever it is you didn’t get in peace, you won't get it in a war situation. Our youths have now understood how to settle issues.”

“I want our youths to continue to be law abiding citizens and conduct themselves in a manner that is worthy,’ Balarabe said. 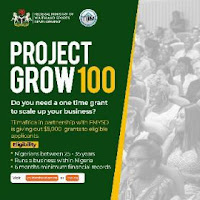