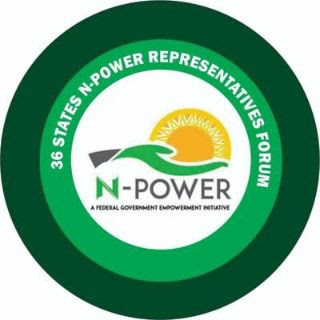 In todays's latest Npower news - The Npower 36 States representatives including FCT have responded to the humanitarian affairs Minister claimed that all Npower Batch A and B are no longer being owed backlog. For those of you who have not read the minister earlier statement regarding backlog payment, read it here All Outstanding Debt Has Been Paid To Npower batches A-B - Minister

In view of the above, the Npower Reps via their Twitter handle disowned the statement saying that it is a big lie. Read the Reps full response below:

LIE OF THE CENTURY*
The attention of the leadership of 36 States and FCT Npower Representatives has been drawn to the lie released by the Honourable Minister of Humanitarian Affairs, Disaster Management and Social Development, Sadiya Umar Farouq @Sadiya_farouq @SpeakerGbaja

LIE OF THE CENTURY - The attention of the leadership of 36 States and FCT Npower Representatives has been drawn to the lie released by the Honourable Minister of Humanitarian Affairs, Disaster Management and Social Development, Sadiya Umar Farouq in Daily Trust Newspaper that there are no outstanding payments for exited batches A and B Npower volunteers. She states that all beneficiaries in both batches have been settled.

We want to state it explicitly to the world that this is the LIE OF THE CENTURY as the Minister herself affirmed late last year that more than 14,000 Npower beneficiaries have not yet been paid outstanding arrears and that the Ministry was doing all it takes to pay them. We have a direct link with these beneficiaries and from the time she confirmed that statement till now that she released this lie, No payment has been made.

The leadership wants her to respect herself and her office, and stop all the lies since she assumed office. In a sane country, the likes of Sadiya Umar Farouq shouldn't be holding any position of authority, having displayed her incompetency consistently.

Dear Minister, we will want you to know that power does not last forever and whatever you sow, you will reap. We asked for your audience severally to help you know the plight of these beneficiaries and all others whom you exited at a very critical time in the history of humanity, you continually gave deaf ears to us. Please, pay Npower beneficiaries their rightful entitlements. You know that you didn't pay them they added.