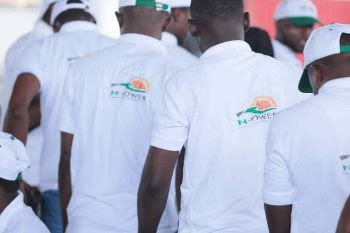 In today's latest Npower news - We will be talking about How Npower batch C Volunteers can Fix the issue of missing Passport on printed deployment letters since Npower has fixed 4th October 2021 as the resumption date for the batch C1 Volunteers to report to their PPA. You can also read What Npower Batch C1 Volunteers Should Do After Physical Verification to know more

Some of you have complained that after downloading your PPA/Deployment Letter from the NASIMS N-Power portal, you realized that your passport did not appear in the downloaded printout of the deployment letter. So we decided to create this post to tell you that you should not be bothered, probably it is due to heavy traffic on the site. Many people are trying to download their letters at the same time as a result, the portal becomes overwhelmed which can cause errors in the loading of documents.

However, this is not an issue, you can correct this problem, simply attach a passport size photo to the printout copy of the N-Power deployment letter before uploading it to the nasims portal after it is signed and accepted by your PPA.

Not that the physical verification is ongoing and will be closing on the 24th of September 2021. Npower batch volunteers are expected to resume duty at their various places of primary assignment PPA on the 4th of October 2021 with immediate effect.