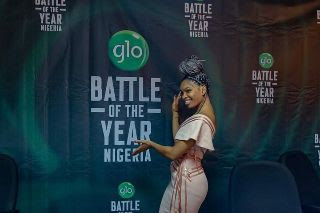 Link To Register For Glo BOTY Dance Challenge 2021 - Glo have officially launched the Glo Battle of the Year, the biggest dance show ever which will take place across six states Lagos, Kaduna, Benin, Port Harcourt, Enugu, and Abuja. Participants will stand a chance to win N84 million.

What is Glo BOTY - A fast-paced, action-packed show where the best dance crews and individuals in the country go head to head and battle each other to see who will represent Nigeria in the international Battle of the Year competition.

The regional qualifying tournaments are held worldwide and culminate in the world finals, usually held in Germany, with over 12,000 visitors across the world. It is widely regarded as the World Cup of breakdancing.

Prizes: The show is offering N84 million for winners across seven dance categories and other mouth-watering prizes, including the opportunity to win the grand prize of representing Nigeria at the international battle of the year.

The contests will air in a soon to be announced thirteen part TV show that will keep viewers glued to their screens and on the edge of their seats. Local and international dance legends such as Poco Lee, Pinky Debbie, Izzy Odigie, Big Flo, Maxbuck, Dunamis, Franc Okwara, JC Jedor, Poxy (Cameroon), Gidnasty (USA), Menno (Netherlands), Manuela (Germany) will feature as judges throughout the show.

How to Register
Interested Applicants who wants to participate in the Glo Battle of the Year should Log on to http://entry.globotynigeria.com to enter and show themselves.

2. Fill the entry form on the link above.