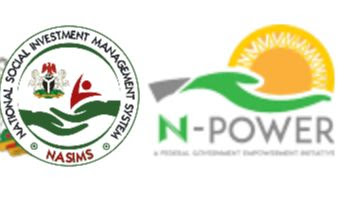 In today's latest Npower News Tuesday, December 7th, 2021, the Npower team has warned the general public against a fake Npower form in circulation which is sold for N1000.

According to Npower, this form does not emanate from them. N-Power doesn't sell forms to beneficiaries and trainees in the programme. So be informed accordingly!

Nasims earlier last Friday warned the Npower batch C 1 volunteers to be mindful of giving out their ATM number. Read what Nasims told beneficiaries affected here Do Not Give Out Your ATM Number - Nasims To Npower Beneficiaries

In view of the above, Nasims have asked beneficiaries with failed status to ignore it, all outstanding September payment irrespective of ‘FAILED’ payment status have been cleared and accounts credited. The remaining outstanding will soon be concluded.

The Npower stream 2 has not commenced! So do not let anyone deceive you. According to Nasims, applicants waiting for stream 2 will be informed about the Commencement date in due time. Do not fall for fake news. Read also Nasims Alerts Npower batch C2 On Fake Supplementary Enlistment

Nexit applicants which comprise exited Npower batches A and B have not given up on their exit package. They are still asking questions and hoping that FG will soon implement the promise made. Read also Npower Nexit News - Questions MGT Need To Answer Urgently