A Minister Of Finance Kemi Adeosun Explained VAIDS In detail on her Facebook page. below are the update she shared about VAIDS:

lot of you have been asking about the Voluntary Assets and Income Declaration Scheme (VAIDS; www.vaids.gov.ng) which Acting President Professor Yemi Osinbajo launched on June 29. I will, over the next few posts, try to explain as simply and in as much detail as possible. Please read and share.

1. What is the Voluntary Assets and Income Declaration Scheme (VAIDS)?

VAIDS is a 9-month Tax Amnesty scheme. It allows Nigeria to expose both individuals and companies to regularize their tax affairs. We have done quite a lot of work over the last 15 months looking at tax compliance in Nigeria. Our tax to GDP ratio is 6% -- one of the lowest in the world. Now Ghana is at 15.9%, most developed countries are at about 30%. So it’s really very fundamental: very few people are paying the right taxes.

So, we did a study. Why are Nigerians not paying their tax or why are tax revenues so low? And what we found is that there is tax evasion on a major scale. A lot of people are not registered, many of the people who are registered are not paying the right taxes. And we now have the data. We actually engaged a team of experts and what we found was that in many cases, people’s lifestyles, which should really be from their tax income, did not correlate with their tax returns, so there was massive tax evasion.

So those were the sorts of things that informed the need to actually declare a window of opportunity for people to actually do the right thing. We have the data and what we thought was if you go and pursue everybody, you will spend years in court pursuing tax evaders. So let’s open the window, lets allow those who want to regularise, declare honestly, do the right thing. And then that leaves those who don’t, we can then use the data that we have to go after them.

2. How do I take advantage of the VAIDS window?

We have designed declaration forms for Tax payers -- companies or individuals -- so they can honestly declare all unpaid taxes. Effectively, what they are doing is restating their tax returns. They are basically saying that in the previous five or six years, I did not declare all my income sources. I’m now coming clean and I’m declaring those income sources.

Ordinarily, restating your tax returns should have penalties. The penalty is 10% per interest of up to 21% per annum. We said okay, we’ll waive those penalties, waive that interest, if you declare fully and honestly.

And we’re giving you nine months to do so. 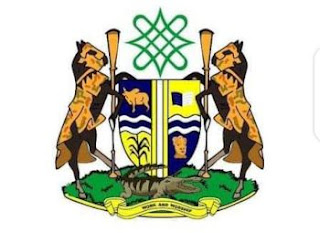