on November 10, 2017 in NPowerNG, October stipends 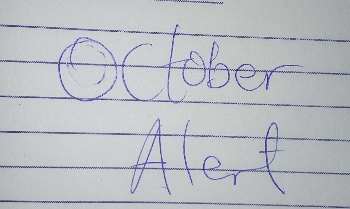 Anxiety were high as Npower Volunteers October Stipends was delayed due to some technical issue from the side of NPower which lead to so many side talk by volunteers on whether the programme was stop or not. The technical issues has been resolve yesterday as most beneficiaries received October alert in November 10th 2017 which is unusual to most beneficiaries because they are use to receiving payment before month ends.

The NPower programme is actually building Nigerian youth in so many ways apart from the experience on the job, it has also thought beneficiaries the act of having patients. Most of the NPower volunteers lack patients, the want everything to be done at a spot which in some cases can't be possible in a programme like NPower that deals with large pools of youth.

Applicants needs patient, from the application stage to shortlist and then Physical verification stage ( patience is needed). On the other hand, the existing beneficiaries were also thought that it is very important that they comports them selves from been occupied with frustration, dissatisfaction, hate speech that may arise from impatience. Take for instance the issue of device distribution, NPower was able to manage volunteers through the act of patience. They were thought to wait until the device gets to them through due process whether longtime or short time just like the way those who selected Speed star device are waiting patiently.

However, beneficiaries have not really accustomed with having patience when it comes to payment issues which seems to be the motivational factors involved in this programme. NPower need to do a lot more on this one because these volunteers are not use to the mode of civil servant salary payments that gets to the other month before payment sometimes (hope you understand what I meant).

The atmosphere is calm now as most volunteers received their payment yesterday. We still wants to advice volunteers to inculcate the habit of saving in order to overcome  late payments such as #OctoberStipend payment. 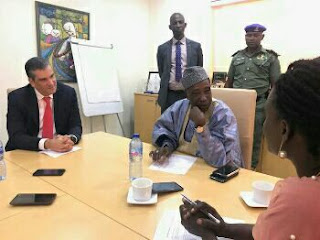