NPower Discuss Reasons Behind Delay In Stipends For Existing Beneficiaries

Below is the latest update share by Npower on their social media platforms regarding delay in payment of Npower existing beneficiaries stipends. 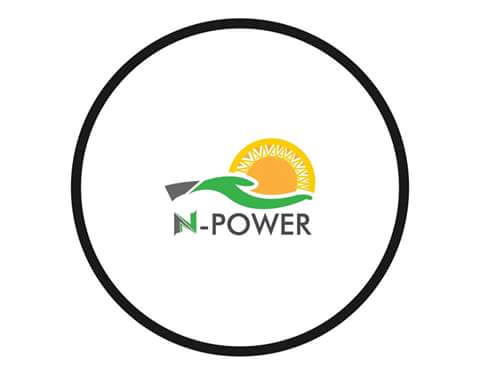 On Thursday, Mr. Afolabi Imoukhuede in the Facebook LIVE chat addressed the recent delay in stipends for existing beneficiaries.

Here is the transcribed chat on that issue. Delay in Stipends

The last point I need to make is the issue about delay in stipends, someone raised a question that N500 million was budgeted for the Social Investment Program, why are having delays in stipends. So, it's a very good question, I think is also an educative question because as you know in Npower you learn so if anything at all this is also you learning about government accounting.

We are discussing the 2018 budget right now in the national assembly, so please watch less of home video and Nollywood, pay more attention now to current affairs, to NTA and all the conversations around budget.

80 the way government spending whether at federal, state or local government, the budgeting process is how it starts, the government money is spent through a budget just the same way you have a family budget, you obviously have a budget for your N30,000, if you don't have a budget for your N30,000 you won't even have a means by which you save for investment and also assist your family and your kids and what have you.

So same with budgets, but then you also know that budget is not always equal to releases. So yes, there was a 500 million that was appropriated for the Social Investment Program which comprises not just N-Power which is the job creation component, you've got the Conditional Cash Transfer, you've got the Home Grown School Feeding and you've got the Government Enterprise and Empowerment Program which gives loans to market women, artisans and traders.

So these are the whole multiple components that make up the Social Investment Program which had the N500 million budget. But then we don't get a release that is equal to N500 million budget. Fancy this is you could have a budget for your year like u say in 2018 my budget for my home is a million naira but if all you're able to rake in is N600,000 then what do you have? You have a N400,000 shortfall, so what do you do? You re-appropriate your spending based on what you released.

So that's what it is with the way it works for us as well. Yes we have the budget but then the releases which come from how the Government earns its revenue which is through taxes, through oil revenue an all the other forms of revenue that comes to the Federal Government.

Let's also understand that Government money is also not the kind of money that I just put in my pocket and spend, there is a process for the release of Government money so sometimes yes, money is released to us every month and that's the reason why till date we don't owe you any 1 month since you joined this program, it means that money is released to us to do this every month.

However, the timing in which it gets released sometimes necessitates the reason for the delay and because the due process still must be followed even if the money was released late. So that would be why but I think we should continue to hold faith like I mentioned to some of you on twitter over the weekend. Continue to hold faith in the program on the singular basis that we have never owed you and there has not been a time that we've owed you any one month.

colleagues and friends who hitherto because of reasons that rest squarely on their shoulders around BVN, mismatched and all what have you and we worked with them assiduously over the last couple of months to correct their pay and they continue to get paid from the first month in terms of backlogs, a lot of you have also gotten your backlogs.

| approved your backlog payments for some of you 13 months just last month in March. I do recall that your 13th months fell sweep which was about 390,000 which could not be paid directly to your bank accounts, some of you might have had a cap on your accounts so we've had to break it down to maybe about 100,000 thrice and 90,000.

I think we've maintained and shown enough integrity like I said to you earlier, when you are in the 17th month of the program, you are a veteran. By all standards I think we've maintained enough integrity for you to no longer doubt the integrity of this program, nor the integrity of Mr President, his Vice, and those of us who run this program, so if you still have one, or two few months in terms of backlogs, still keep faith in the program, and don't lose sight of you, we have a full coverage, audit trail of every one of you, and no one will be owed and everyone will be settled.