He is a young Nigeria graduate with skills but out of job for sometime. So he saw an advert on one of the social media platform about a get together in his community which he pick interest because he was meant to understand that important issues is going to be discussed. 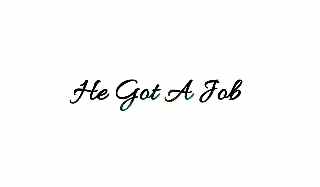 As a member of the community, he discovered that he can be of help during the get together if he decide to volunteer to help provide free service  with is skill. So he called the number on the advert to confirm if he can help to live stream the event on YouTube and other social media platform. The organizers told him they will get back to him on that.

Few days letter he was contacted and invited for the event that is strictly by invitation.

Luckly one participant from Abuja was imprests with what the guy did and invited him to Abuja to come and see him. On reaching there, he was offered a job with one of the government organization. And he shared his testimony with us.