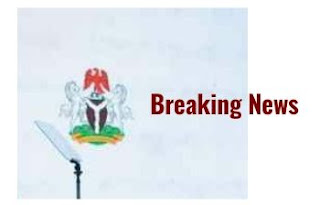 The objective is to improve transportation infrastructure, restoring nation's road network in line with the ERGP, says Fashola

Over 500 jobs to be generated with more than 90 per cent of available direct jobs for Nigerians. Upon completion the roads will open up settlements, provide access and improve the socio-economic lives of the beneficiary communities -Minister

In pursuance of the Federal Government's commitment to developing the nation's road network in the six geopolitical zones, the Federal Executive Council (FEC), has approved road contracts worth N35.944 Billion in six states of the Federation, bringing to a total of 16 roads the Council has approved in recent times.

Barely three weeks ago, the Council approved the award of N169.74 Billion contracts for the construction and rehabilitation of 10 roadsacross the country with the Minister of Power, Works and Housing, Mr. Babatunde Fashola SAN explaining that the projects would enhance Federal Government's objective of restoring the nation's road network as part of the implementation of the Federal Government's Economic Recovery and Growth Plan.

For Benue State, a contract of N27.38 billion was approved for the rehabilitation of Makurdi-Naka-Adoka Road Phase 1.

The other approval was for Kano State where an augmentation sum of N676.2Million was approved for the completion of the construction of Wudil Utai-Achika-Darki-Jegaware Road whose contract was first approved in 2012 by FEC at an initial sum of N4.4 Billion.

According to the second Memorandum, the completion of work on Sudil-UtaiAcika-Darki-Jegaware Road in Kano State, which contract was first approved by FEC on November 14, 2012 for N4,393,730,153.20, involved the rehabilitation of approximately 23 kilometres single carriageway road and construction of a bridge with a completion period of 24 months by by Messrs Birak Engineering & Company Limited.

But completion was, however, stalled due to limited budgetary allocations in the preceding fiscal years leading to the current approval of additional N676‚177,886.40 , bringing the total cost to N5,067‚908‚050.30 while an additional six months have been added to its initial completion period of 24 months after all due processes have been complied with.

Advancing reasons for seeking the approvals, the Minister of Power, Works and Housing, Mr. Babatunde Fashola SAN, also explained that it was in order to achieve the Federal Government's objective of improving transportation infrastructure, particularly restoring the nation's road networks as part of the implementation of the Economic Recovery and Growth Plan.

According to the Minister, the Ministry has decided to initiate new road reconstruction and rehabilitation projects in some states of the Federation as a means of generating jobs, both direct and indirect, adding that upon completion the roads would open up settlements, provide access for evacuation of goods and services as well as improve the socio-economic lives of the people within the different communities in the project areas.

Share This:
Related Posts:
News
at May 12, 2019
Email ThisBlogThis!Share to TwitterShare to FacebookShare to Pinterest
Labels: News