An N-Power Volunteer shared a post on N-Power discussion group narrating how a fake Official visited their place of primary assignment. Read below: 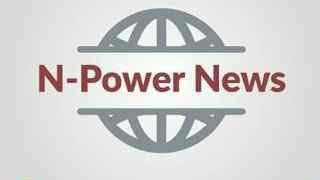 Yesterday, 23rd September, we received a visitor in our school at Offa L.G. Kwara State to be precise who introduced himself as N-Power monitoring personnel.

After about 30 -50secs briefing, he asked us to produce his transport fare. We did not hesitate, as we contributed and came up with N1,000.00. To our greatest surprise, the man rejected it saying, 'Owo kini. We now went back and came up with N2,000.00 before he collected it.

Today, Tuesday 24th, after the morning assembly, our HM told us that the visitor we received yesterday was a Thief, that he was apprehended yersterday as soon as it was gathered that he is not authentic N-power official.

l think we should start investigating these 'Monitoring Teams' henceforth.

Fellow Volunteers, let us be vigilant about these FAKE OFFICIALS.