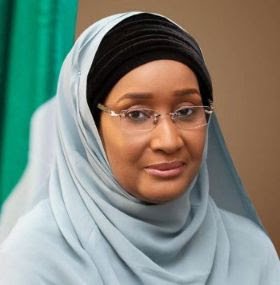 In today's latest Npower news - Humanitarian affairs Minister Breakdown How Npower Batch C Applicants Were Shortlisted. According to the minister, the reason some applicants scored high but were not selected was as a result of their geographical locations. Applications were considered base on scores and population for the first stream, She said.

The Minister explained that if the population of applicants of an area are over the specific number of 1000 in local government A. Only those who scored 70% to 100% will be selected.

But if local Government B has a population that its number of applicants are less than a 1000 Applicants. Even if an applicants of Npower scored 0% or 35% he or she can still be selected so as to balance the needed number that is expected to meet in the programme.

The Minister added that, second stream of selection for batch C will begin on the 15/6/2021. That applications will still be considered from 45% to 65% in the second stream of Batch C stream 2 programme.

Applicants can start checking their mail box or check the N power official site on the 15 June, 2021 while selection will last till 21 June, 2021. And then physical verification for Batch C stream 2 will commence on the 25 June, 2021 till 30 June.