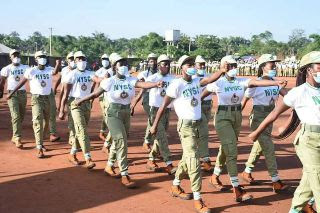 The proposed National Youth Service Corps Trust Fund (NYSCTF) will greatly help in tackling unemployment in the country if actualized.

Director General of the Scheme, Brigadier General Shuaibu Ibrahim, gave this assurance today while addressing Corps Members at the closing ceremony of the 2021 Batch ‘A’ Stream Two Orientation Course in Imo State.

He said apart from addressing infrastructural and other logistic needs for the general operation of NYSC, the Fund would also focus on making the Skill Acquisition and Entrepreneurship Development (SAED) programme of the Scheme more functional.

According to him, the NYSCTF would further serve as a reliable and sustainable source of business financing for Corps entrepreneurs that would emerge from the SAED programme.

"This will have ripple effects as we also expect the benefitting Corps Members to in turn create jobs for millions of other Nigerians through either step down of vocational training or direct employment of youths of the host communities.

"That white collar jobs are difficult to come by is no longer news. Therefore, | implore you to take the SAED programme seriously,’ he said.

He commended Corps Members for conducting unity march at the Orientation Camps nationwide in commemoration of the forty eight anniversary of NYSC, adding that the event further underscored their belief in Nigeria.

Ibrahim urged them to sustain their patriotic zeal and continue to use the NYSC platform for the promotion of national unity adding: “let the spirit of NYSC live in you." He further advised against the usage of the social media for spreading of rumour and fake news, but rather as a tool for facilitating development and promoting unity.

The Director General advised the Corps Members to remain disciplined and shun bribery, cultism, cybercrime, drug abuse and other vices.

He stressed the need for them to be security conscious at all times pointing out that risky endeavours such as attendance of late night parties, acceptance of car ride from strangers and night travels must be avoided.

Earlier in his welcome address, the NYSC Imo State Coordinator Mr. Chris Jimba said the trainings and interactions the Corps Members had in Camp had heightened their courage and optimism about the unity of the country.

"They have displayed uncommon determination, discipline, doggedness, commitment and patriotism throughout the period of the Orientation Course," he said.