What Prospective Npower Volunteers Must Know About Captain Npower

Do you know that there is something called Npower captain in N-Power Programme? Well in today's latest Npower news - we will be telling you What Prospective Npower Volunteers Must Know About Captain Npower. So read on. 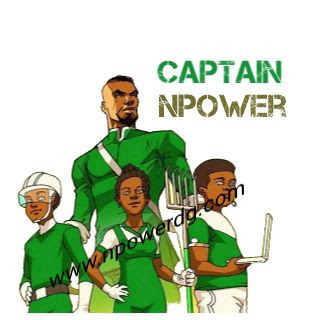 In 2016 when the Federal Government initiated the Npower Programme and engaged 200,000 youths as volunteers to acquire job experience and entrepreneurship skills, some of the Beneficiaries of the Programme were reported to be absconding from their PPA and some were also reported to be gainfully employed but still benefiting from Npower which is strictly meant for the unemployed.

So when Npower received these reports, they now set up a monitor and punishment mechanism called Captain Npower. The Captain N-Power hashtag is used to warn absconders and existing beneficiaries who are employed and are still earning from N-Power to exit the programme before they get caught

The 2017 Npower batch B Volunteers also had the experience of Captain N-Power where some beneficiaries were caught and exited. The Npower batch C Volunteers may not experience the activities of Captain N-Power because the Programme has new management and there are NSIP Independent Monitors across the country to monitor the Npower and other NSIP Programmes and then report to the management for actions.

There are many other Npower conversation hashtags that explain other Npower activities, check them out Some N-Power Hash Tags And Their Meaning