It Is Month End And Alert Watchers Are Watching, Before You credit her Account Read This

It is month end and I guess, some of  you have received more calls this week than the entire month right? We know why, the ‘alert watchers’ are aware that your salary will soon 'land'. 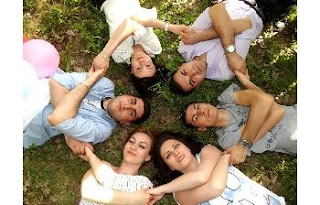 Of course, it‘s ok to help but before you credit your aunt's cousin’s sister's nephew, girlfriend, boyfriend, pay for entertainment renew of cable TV subscription , data subscription and buy airtime for the month, we just thought to remind you that you'll also need to save for later.

After you are done? Then you can go ahead to transfer money to your mother's distant cousin, girlfriend and boyfriend immediately. I know she's already calling you again.

Life is so sweet when you have enough to share  around, the little you have today can turn into something big in the near future with little savings and investment. Don't drink up your future now and regret later. One of the way to command respect is your ability to show some degree of responsibility.